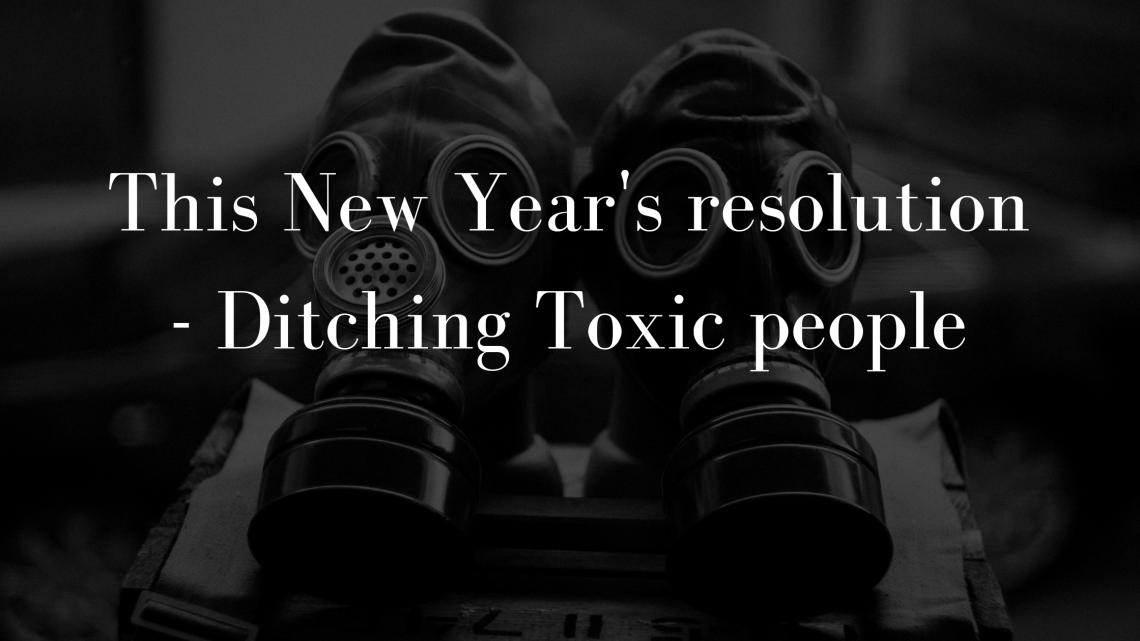 What makes someone Toxic?

Usually behaviour that is learned from childhood, which then causes dysfunctional social skills. Therefore most wont know they are doing it or haven’t been told so. If you believe this of someone, let them know you don’t like the way they act or talk around you and others. It is completely normal for Toxic people to be unaware.

What is a New Years Resolution?

It started way back in the 1800’s where the Babylonians traditionally promised to re-pay their debts. As the decades have progressed it has changed slightly, so instead of returning borrowed goods or maintaining commitment to chivalry. The 21st Century is more lose weight and quit smoking.

My Experience with a Toxic Friend

I had a best friend, I told her everything I mean EVERY thing! We spoke everyday and we had a great friendship. Then I opened my eyes and realised she is repeating everything I tell her. When I eventually fell pregnant with Fred I told her, she was the first to know (after Tony) . However my neighbour then asked me if it was true. She had found out from her best friend who works in the chip shop with my best friends brother in law. I didn’t bother saying anything and instead I kept it on my mind and that really hurt me that she would tell people when she swore she wouldn’t say a thing. Petty but it hurt me.

When Fred was born I was hit really bad with PND. It was all down to the Birth Trauma I’d suffered. I was having relationship issues and of course turned to who I thought was my best friend, only she encouraged the way I was speaking to my husband and the actions I took. If It had been anyone else they’d probably have told me to shake myself and sort things out with Tony.

When I was getting better I was finding it easier to do simple things like nip to the shop for bread and milk. I remember getting my hair done and feeling a million dollars, I stepped out of the salon and as was headed back to the car I bumped into her and her friend, the first thing she said to me was “Oh no what have you done to your hair? Don’t like your hair like that, you’ve looked much better than that before why the change?” I remember feeling so deflated. I cried the whole way home I felt like shit.

When your friendship is one of you worried about what the other person will say or who they will tell about your business, that’s not really a friendship is it? the final nail on the coffin was when she had questioned the truth of someone’s Sexual Abuse and asked for my opinion. Very distasteful and from there on I made sure to pass in the street with a hello only.

She would always say “kill them with kindness” and that is exactly what she does. She will try so hard to engage in conversation to get information and as soon as your back is turned is sliding into everyone else’s DM’s to let them know. Isn’t that narcissism?.

Obviously be vigilant you shouldn’t cut ties with someone who is going through a tough time, be there for them when they need it. But we all know those Overly negative people who just always have something to moan about and always need sympathy. They don’t take your advice either so its really a pointless relationship?

Yes Sandra I know your rug is much nicer than mine because it goes under your sofa and stops the sofa moving every time you sit down. But I am actually super pleased with the one I have so I don’t actually need to hear about it AGAIN. Would you like a coffee or would you rather have one at home because I didn’t spend enough time checking out the varieties of coffee beans? do you really need to criticise everything?

Usually always the victim especially with disagreements I once had someone tell me “remember where you came from” What does that even mean? just because I’ve actually got something to show in life and you’ve not ? I remember exactly where I came from and that is EXACTLY why I work so hard being a fantastic mum to my children, so I can give them what I didn’t have. Was I supposed to be different somehow?

We have all sat in someone’s company and afterwards felt physically draining. mentally exhausted to the point when we do have plans with them we can only do so for small amounts of time where as normally we can hang out with other Friends or Family for hours at a time.

A bit like the friend I told you about always killing people with kindness as she would say but actually she was just pretending to like people and would compliment then but snigger behind their backs. She was always in control too, she would want to be the one everyone thanked.

How to do away with Toxic People

Just do it. I mean it I bet you’ve got this far reading and your thinking maybe I could do without that person making me feel like crap all the time. There is no step by step guide to help you through it. Just be yourself, if you think you need to distance yourself from someone then there’s not really any better time to do than now. If you need to completely cut ties with someone for your own mental health then do so. Obviously going in all guns blazing isn’t going to be very nice so perhaps write to them and get everything off your chest? writing often lets you say it kindly without meaning to hurt them. The receiver can often take it better too , maybe they will work on themselves. It is often learned behaviour so perhaps telling them will prompt a change.

Family can often be the worst

I’ve done away with most of my own family. Mainly because I can’t bare looking at the toxic people who bullied me as a child and a young adult.

Actually just recently my own brother chose to write some absolutely horrific things on my Facebook page. Last year he was arrested for domestic abuse. I picked him up and took him home. I made his dinner gave him clothes etc. He repaid me by abusing me online because I commented on his toxic relationship. That sort of shit is just NOT OK.

Narcissism is real and there is no way out of it, cutting ties was all I could do. Out of what seemed a large Family. I have one brother left and he is the best. Cutting ties with everyone else has give me such an easier life. I don’t need to worry about who is going to let my kids down next.

Talk to someone first

If you feel like your own mental health is deteriorating then please do talk about it. Samaritans are there 24/7 you can call day or night on 116 123 , E-mail or even write a letter. There’s even a self help app if your not up to speaking with someone. Samaritans are a fantastic organisation and they can help you.

My experience with Postnatal Depression